Bugs or issues running the game? Follow this link and post them under the earlier diary entry.

I don't have too much to say about this entry. I wanted to take it a little easy, so I didn't try for anything too groundbreaking or unfamiliar, and I think it worked out all right.

My first idea involved using a copse to conceal something, and you have to place the trees so that there's no line of sight from the outside to the thing in the middle. This led to a sort of tower defense idea with creatures coming in from the outside and you have to plant trees to divert them back out, and that led into collecting them instead. I went with a hex grid instead of a square grid, because I wanted there to be plenty of crisscrossing paths, so more ways to travel through a tile is better.

A few years ago I made a game for the Zero Hour Game Jam that has some strong similarities. I was also inspired by my vague memory of the game Gondola from PyWeek 7. Building something that sorts items into groups can be a really satisfying mechanic.

The puzzles turned out harder than I expected them to be at first. I started by designing what I thought would be the final level, which I think is often a good place to start. My initial sketch had 21 rings, but I cut that down to 12, and it still took me much longer to complete than I wanted. I decided to leave it in as a bonus level after beating the game, and I made a smaller level with 6 rings to serve as the actual finale. I originally envisioned several more complicated mechanics, but these ideas did not last once I had a prototype and saw how complicated the basic mechanics already were.

I always have at least a couple graphical effects that require some work, and this is often one of my favorite parts, even though it doesn't actually add to the gameplay. I tried really hard to put that off until the end, to make all the levels and gameplay first, and then just use the last couple days for polish. But I got too excited thinking about it, and on Wednesday night I broke down and started working on the graphics. This turned out to be lucky, because the graphics took some work. Not the special effects, actually, but the basic images. It turns out that it's really hard to visually distinguish different types of trees when all you see is a cross section of their trunk. It also took a surprisingly long time to think of using a flower with six petals to indicate spawners. I think I need to remember that graphics involve design challenges as well, so it's not a waste to get started on them early.

As always, thank you very much to the organizers, and thank you to everyone who tries the game!

If you play the game please let me know what you think about!

Some ideas that I did not have time to implement in the game included:

In the end, my struggles with the "math" to make the player's position static on the screen while still having physics applied to him proved to be so "clunky" that I almost didn't submit a game at all. I managed to get the game into a shape that is "playable", but has many rough edges around my implementation with the physics engine. All of these rough edges were a product of trying to compensate for a relatively static player character position that still needs to have weight and velocity with respect to the enemy car.

For future physics based games, I think I would like to try using the `arcade` python library instead of pygame. From my read on the documentation there are more built-in features for handling the exact situation I've described above with platform games. Theoretically these paradigms could be applied for any "scale" of objects in the pymunk space. 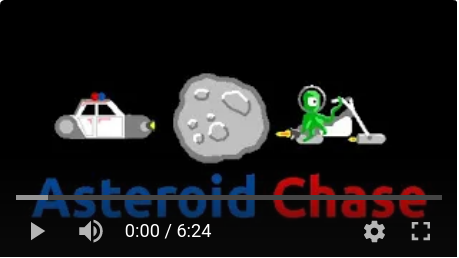 Note: After sending the package, we found a bug in our requirements.txt file.
To start the game properly in Python 3.6+ please remove the line:
dataclasses == 0.8
Sorry for the inconvenience :)

At 2085 lines of code, this the largest PyWeek entry I’ve submitted. I managed to finish off pretty much everything necessary. With more time, I’d probably just add more enemies, cards and map tiles. I think the final game is pretty hard, but it should be completable once you get your head around the delayed movement. The GitLab repository is here, if you’re interested.

We first looked  at a list of games genres :
In this list two of them seemed interesting : Hack n' Slash and Beat them all

So we decided to make a game where you controll a cop and have to beat up protest members to win. It didn't ended up being exactly as we planned but I'm happy with the result I got in a week.

Just as a precision if needed, this game as an humorous purpose.

we had fun and learned some things, and thats the most important thing in pyweek.

Oh no!  It has been brought to my attention that I forgot to put the requirements.txt file in the source zip.  You can download a fixed zip file here, or just run this command to install the required dependencies:

Happy judging!  Let us know if you run into any issues with our entry.

EDIT: the fixed zip file also includes a fix for an exceedingly rare exception when slamming full-speed into a barrier.

I managed to make this week very productive and achieve a semi-complete video game, it is not what I imagined at the beginning, but I am happy with the end result.

If I would like to mention two things about the game, at first, I wanted to make a gta-type rpg, so it occurred to me to make it cyberpunk, hence the name CyberCop 2031, in the end I did not manage to make this connection very well, it is one of those things that they were left out due to the time.

The other thing would be that in the game I made a joke about the use of python 2, this was because in pyweek 25 I used Python 2 and from the comments many pointed out that I should change to python 3, so I felt that I had committed a crime at the moment. 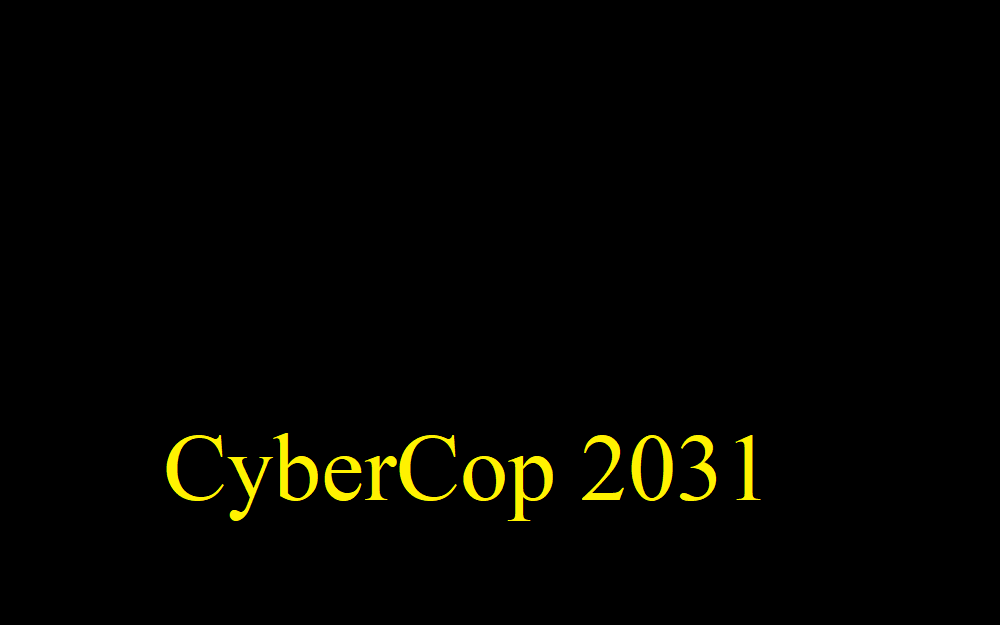