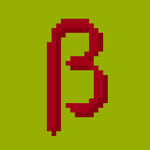 A Pyweek 14 entry by Ernie

This is a description.

So i failed pretty much at this times pyweek. My first mistake was to stay awake to see the theme and then decide things in sleep deprivation. I decided to make a virus simulator where the player takes the role of a mad scientist who tries to design the most deadly virus. The simulation itself should have been a very complex cellular automata, which takes place at a map of the world (i spent some time to find the optimal map projection ;). But i don't went down this path as i knew that i couldn't had finished anything in time. So i did't make the same mistake as this guy How to fail at pyweek. So i had a new idea: i wanted to make a puzzle game based on the simulation of the virus rna in my previous idea. All went well to this point but then i lost focus. i did other things and finally i had only a few hours to code left. So i did something really simple based on the idea of Mutually Assured Destruction. The whole game consist only of pressing three buttons. If you don't want to loose you have to keep them pressed for eternity.

Pro and Cons in the feedback:
Some people didn't understand the idea.
There is a pyglet-windows bug in context of setting icons.
I should mention which version of pyglet and python i use.
The logo got someone to really want to play it.
The self drawn pixel font and the graphics are "hot".
The game is bizarre and somewhat amusing.
It cannot be called a game.
I confused some people.
It is more art than a game.

So in a summary: There are only pros! ;)
Apart from that i have to apologize to everyone who expected fun.

I found that python isn't my favorite programming language anymore :( In contrast to haskell it isn't as elegant and beautiful as before. Although it's still one of my favourites.

Hopefully i will finish a game next time!

I finished a game

Today i coded a very little game. I turned down two other ideas and did something completely different due to lacking motivation. Bugs and issues please in the comments below.

(Hopefully) i will write an in depth entry later.

Now i drew the map.

I'm using Peirce quincuncial projection because it looked interesting. Objectively it's a bad choice because distances are very improper but however it's not important because it wont be realistic either way.

I'm getting Server-Error 500 messages again when i'm trying to upload something. It was only fixed for a short period of time. Would it help if i change my entry title to something normal? Sorry for the inconveniences i put you in by using weird letters, Richard! ;-)

Also i apologize for those misplaced images in my first diary entry. My browser has some SVG bugs so that i didn't saw them.

I will make an virus-simulator. You are a virus that wants to dominate the world. As a player you affect the mutations and perhaps infect some people to seed the virus. It will be played on a world map. There are different parameters for each place such as population, infection rate, immunity, wealth, …  In the end it's just a complex cellular automata. It will be difficult for me to balance the parameters and make the game fun, but i think this idea is worth a try.

The theme is "mad science" and i have no idea. :-⊂
So firstly i made a logo for my entry. But unfortunately i get an server-error if i try to upload it. :-(
However i've got half of a pizza and an africola left so everything is just fine. : ⊃

How i understand the Themes (nonnative speaker)

Hi,
now that the themes have been published, i will try to get the meaning behind the themes. Please correct me if i am wrong or you have additional meanings (some proverbs, dictums… i don't get).

Mad Science
- a scientist who is gone mad
-

Everything Goes to Hell
- Hell: fictional place
Some people say that you get there if you don't follow their doctrin(ideas, moral principles).
There you get punished for your sins and it's usually hot there (a lot of fire).
- If everybody who says that someone goes to hell for something says the truth Everybody goes to Hell as     they are contradicting mutually.

Secret Lair
- a lair is a nest of an animal
- a hidden cave, base like the Batcave (Batman), a hideaway
- „a flashily dressed man who enjoys showing off“

Daffodils Or Tulips
- two flowers
- ???
- i don't know how it fits with the other themes, am i missing something?