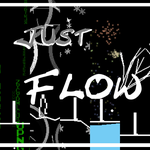 For other windows users, run w9xpopen.exe

The game length for each ending is approximately 5 minutes.

You are more than encouraged to stay in each scene and enjoy Eiro Nareth's guitar fingerstyle!

This a game which has no goal at the beginning... But there is!

You were put into a test of "flowing", with different choices you've made there are different endings.

It is worth noting that each test case is carefully chosen,

The details are crucial to understand the meaning of this game

The Bonus ending serves as an Easter Egg, it isn't related to the overall story line.

Here are the walkthroughs for all four endings:

There are a total of 19 achievements in this game

You can check out those achievements in the textures folder!

Inside the libs folder you can see a bunch of python files responsible for those special effects...

Feel free to use those special effect python files!(Just don't forget to mention the origin <3)

The Sigmund Freud Award for Most Psychological Game
Presented by ntoll


22% respondents marked the game as not working.
Respondents: 14 I think this game is going in some "psychological"-ish way...... I guess I just liked those kinds of games Well I just realized that it's pretty hard to make a game with a complete storyline during a week...

Welp the storyline is gonna be pretty underdeveloped

And the storyline is nearly finished...?

And each game is going to have relations with another

I actually managed to tell the whole story!

In a strange way of course :P

I've upload a sample game... Please let me know if you've run into any issue running it!

Thank you for your support! Thank you so much for your support and comments!

I'm so sorry for the ones that didn't work... I really should test on Mac and Linux for the next Pyweek.

From the comments I saw three major problem:

The first issue has two possible causes. My texture loading module was glitchy and it reports a texture loading error, or noisepy was not install and it returns a module not installed error. I recently fixed the texture module and it should be working correctly, and I simply forgot to include noisepy when I was using py2exe D:.

For the second issue, here is the answer: this game emphasized my first year in university, which is basically me at the moment :D. And how did I emphasized that in the game? here goes:

The third issue, no gameplay... Sorry, I was so into composing my stories in there that I basically had no time left for gameplay D; . I will add more gameplay in my next Pyweek entry.

Again, thank you so much for your feedbacks!