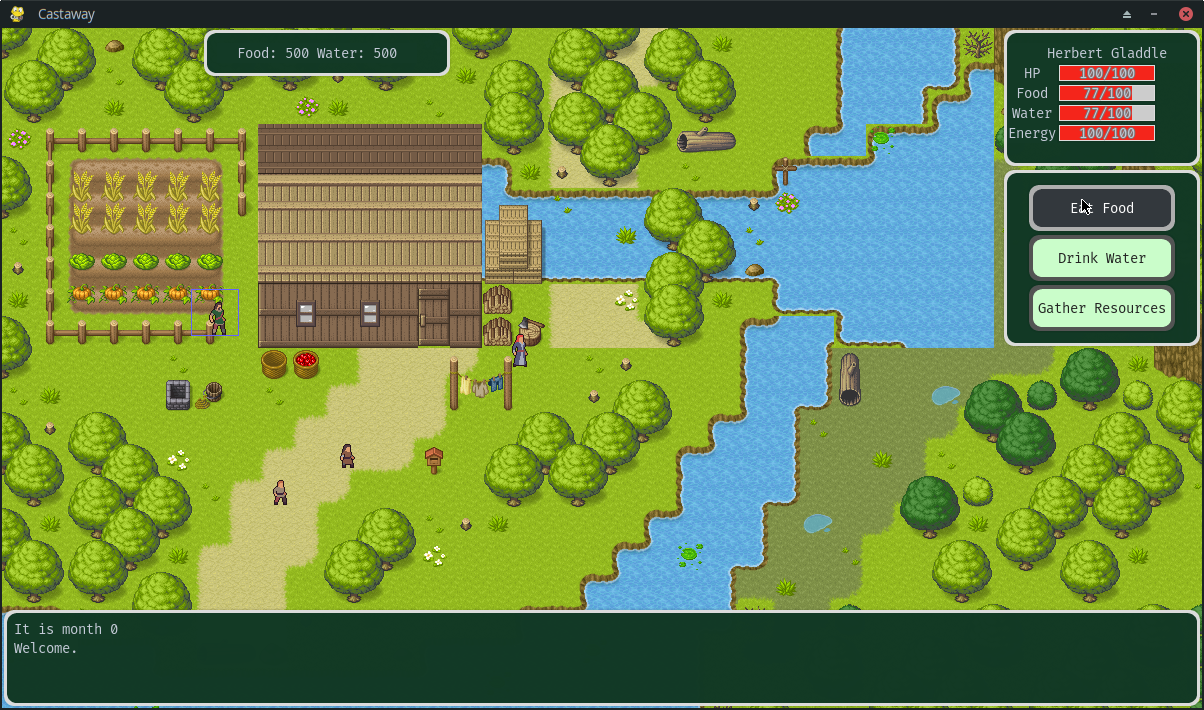 A survival RTS. For details see the github repo. Simply click your people to select and move, gather resources in the fields and by the water, and feed your people so that they do not die.
The usual thing: clone or download the zip.


20% respondents marked the game as not working.
Respondents: 8

When we found out the result of the theme poll, we started the Great Brainstorm. Perhaps this is the most difficult but at the same time the most fun part of the competition. To make a long story short, we came up with an unusual idea (according to the author of the post) that distantly connected with the COVID pandemic.

Then half of us went to sleep. Time zones are evil. But another half still keep in formation.

Now we are faced with the task of revealing the idea: to think over the basic functionality of the game, the interface, and the architecture of the project.

We hope that not the entire first day will be spent on this because it is extremely important to arrive at a working prototype of the game as soon as possible so that game can be improved and become juicy.

On the first day, we encountered the first organizational problems. It so happened that our team began developing two games of different genres at once. In the humble opinion of the journal-writer, at the beginning of the day we were more like not a team, but a grouping of five individual programmers, each with their own style of coding and vision of the game.

This needed to be fixed.

Much of the first day was spent working under the hood, working on the project architecture and consistent code style.

However, we also took the first steps towards creating a GUI game and created test animations for game actors.

After a drought of diary entries I feel like I should make one.
Changing directions towards an RTS style, we have been working on actor movement, selection, and food and health decline. Now that we have that working, we need to push towards getting a minimum viable game.
Likely the next steps will include modelling actor tasks such as Gather and rendering the map. 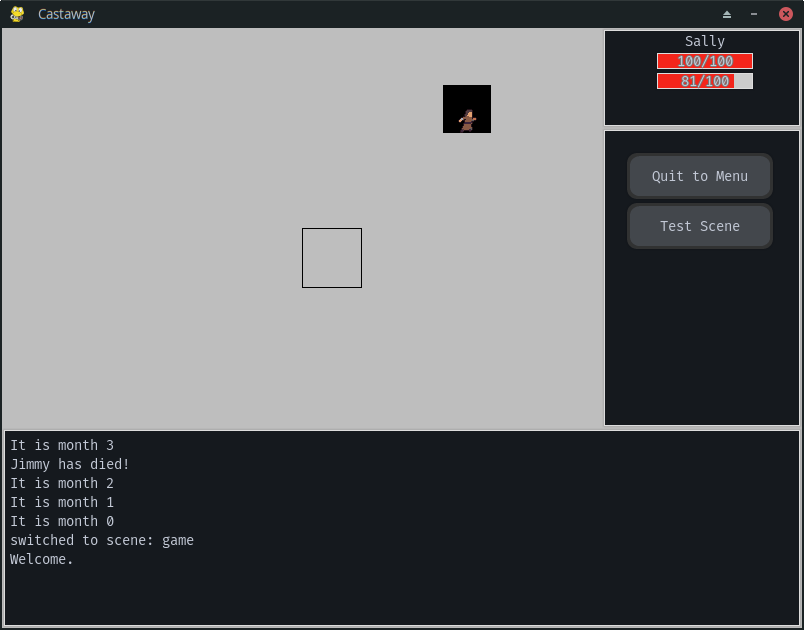 We are glad to have been able to push out a final product on the last day. Collisions, gathering tasks, resources, etc. had to be rushed through in the end, but the game became functional.
Looking back, there's a few lessons I can derive from the experience: