Their major reserch project is to compleate a battle over a small patch of land with their classmates, Unfortuntely no one quite knows where to start

Thats where you come in, The students being lazy students have devised a method to crowdsource their battle plans from the internet.

BUGS
I am quite sure there are about a million bugs in my game, the ones i can think of off the top of my head - Some stuff can be a bit screwy when a game ends - All atacks damage the same amount of area - Cool buildings like sheilds and stealth were not implimented - Charge will only propagate on the next turn - Spelling mistakes, there are bound to be lots of them - There isnt much to stop people cheating, so play nice

HOW TO PLAY
Pretty much click on the buildings along the top and then on the lefthand grid to build them, you can hover over an item to see some stuff about it

To attack an enemy building, select a building and then click and drag from it onto the grid on the right

Once everything is set up hit end turn

Wounded in the service of PyWeek
Presented by cyhawk


66% respondents marked the game as not working.
Respondents: 4

And so it begins

My goals for this pyweek are to make some kind of multiplayer game so we will see how that turns out.

I am pretty happy with the theme but was kind of hoping for "everything goes to hell" so I could roll in a bunch of quotes from Pink Floyd's "Wish you were here" into whatever I ended up making.

I think what I would like to make is a game a bit like battleships, but more complicated with a range of buildings that provide different effects such as, attacks, shields etc. All in the theme of mad science, so bring on the robots, chemicals and lasers.

Also to satisfy my inner need for numbers and graphs I have made up some, little scripts to log all mouse an keyboard data from during pyweek so I can make up some graphs after pyweek is over.

Progress has been much slower than anticipated as I battle my way though getting used to wx. To tired to document much here besides that I have got the basics of the drawing and a few events set up and hope to have something that is at least slightly playable in the next few days.

Anyway here is a screenshot of how things look a the moment with placeholder images and a distinct lack of game. 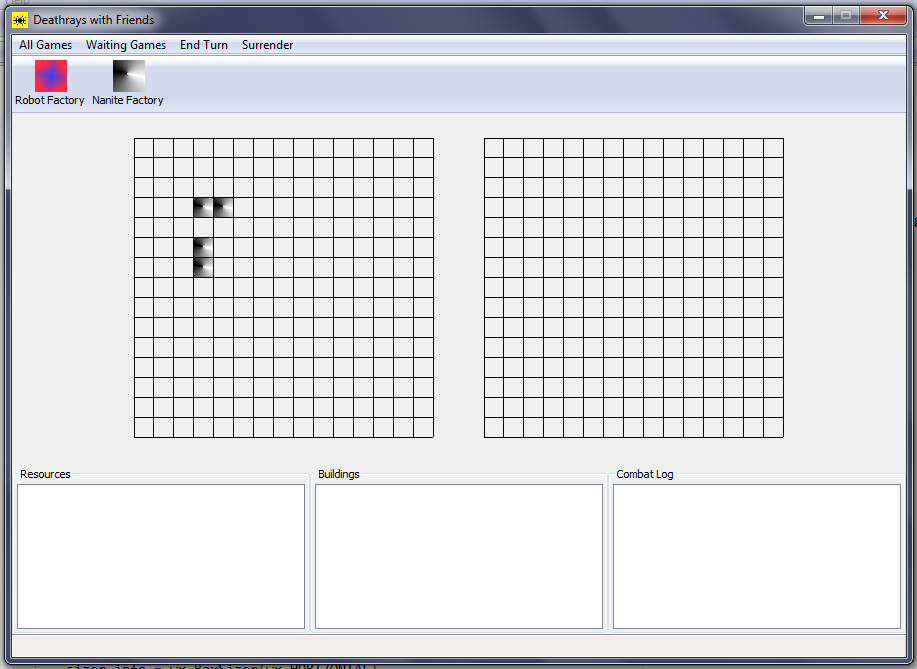 I have made a fair bit of progress on the UI and have just started to hook into setting up client-server stuff should "hopefully" have it playable by tomorrow night.

I dont think i would choose to use WX again for a game, as i seem to find myself fighting against how it likes to do things a fair bit.

Not much else to report except that so far i have 30mb of captured mouse data and 800kb of captured key data to make some pretty graphs out of after pyweek is over.

Now time to grab some sleep before work tomorrow.

Well this morning after coding up to the line pyweek was over. After heading out to be social for mothers day i came back to do a first play test with a friend to find my game is just downright unfun and with a bunch of bugs that freeze up the server.

As such i have released a bugfix version, as well as fixing bugs I have made the modification that some buildings have a larger area of attack, this is a minimal code change so i hope it is not considered cheating, if it is the original version is still there, and i *think* it should play nicely with the new version of the server i am running.

Also about that data i was collecting at the start of the week. So far i have created a histogram of keys pressed and a heatmap of all mouse activity.

It is actually pretty scary to see the kind of abuse a keyboard cops in a single week (even if it was pyweek) with around 95k of keystrokes. 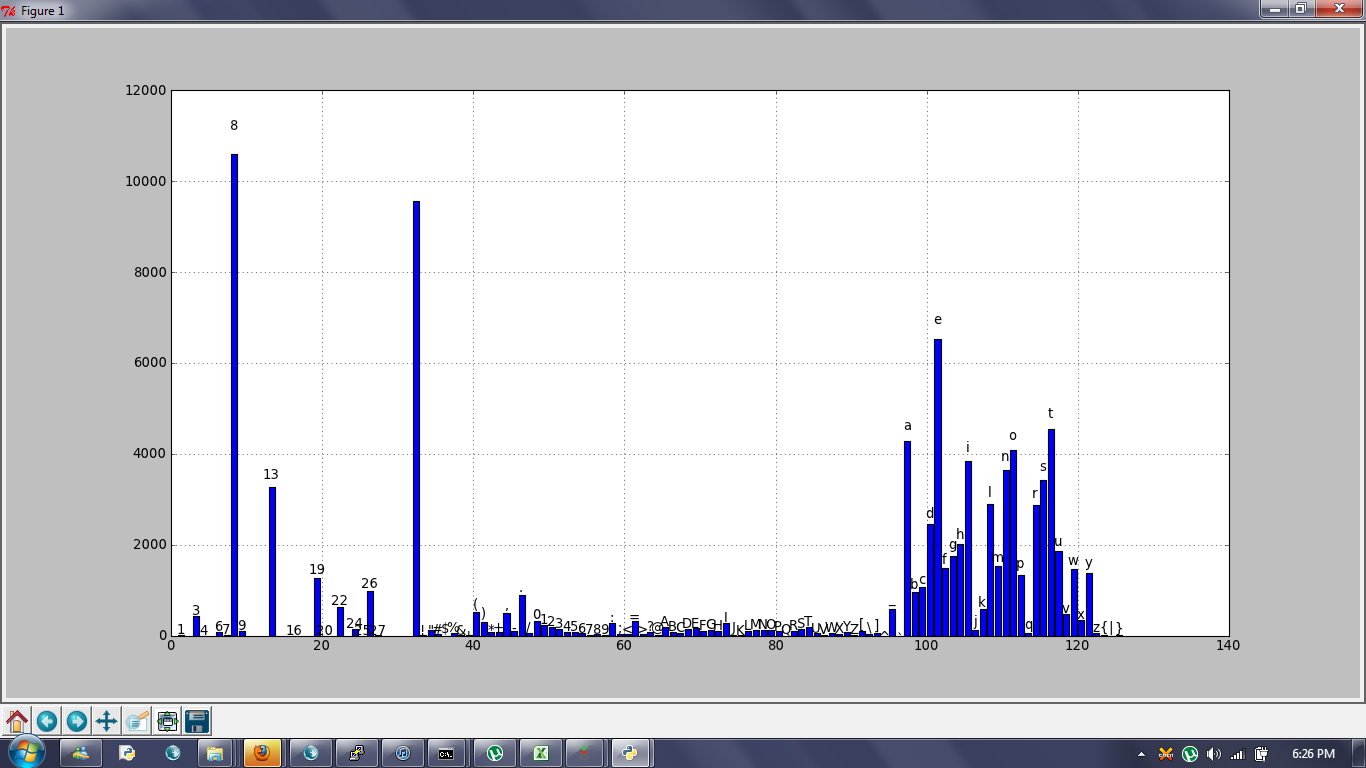 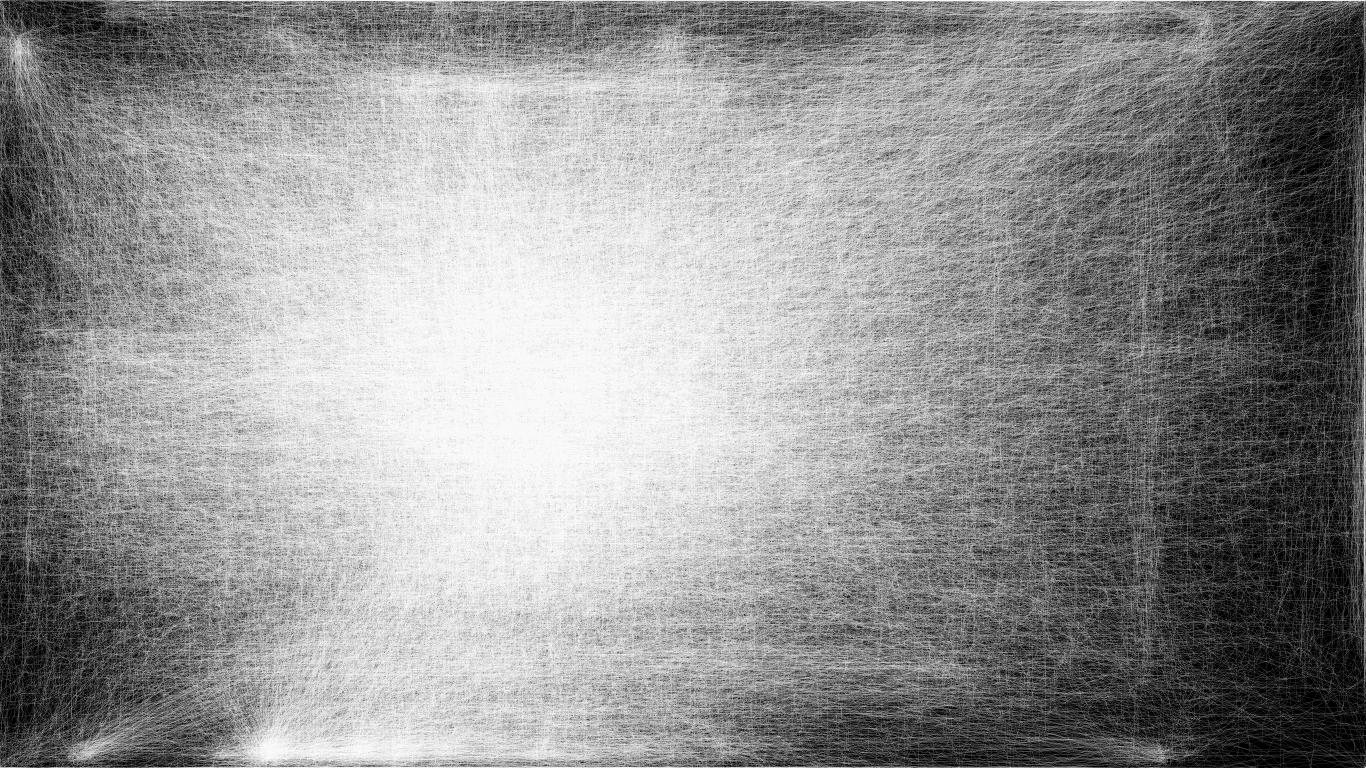