"You are tripping. It is not the most friendly trip. Occult symbols are attacking you. There is one way to survive. You'll need to climb up... and up... and up..." It is hard game (game concept?) with unique (maybe?) game mechanics. You need to drag hands with mouse to move player up. As I've said -- it is hard game, so trackpad will not do. P.S. It runs on Python 3 and Python 2


25% respondents marked the game as not working.
Respondents: 9

"One Way Trip". Hmmm.... Tough theme. But I have a concept. As always I will try to experiment with game mechanics. 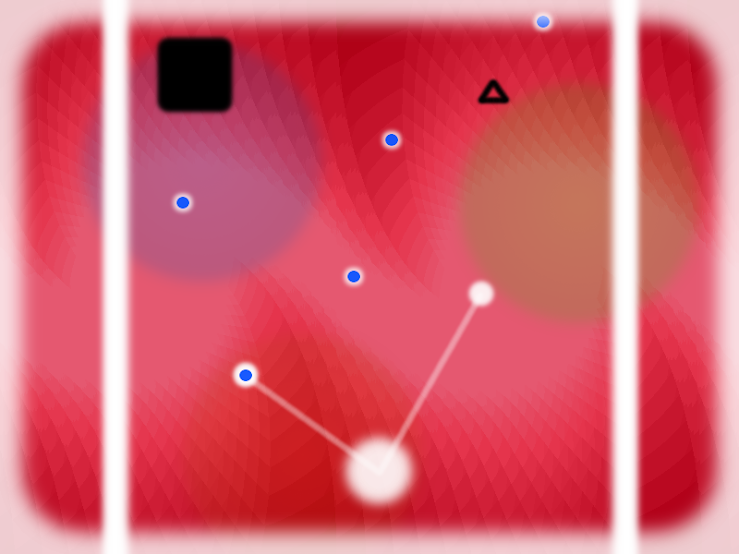 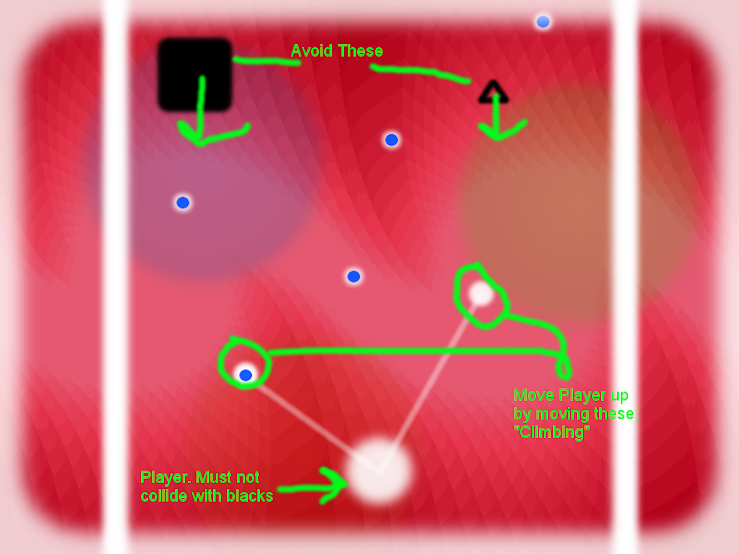 I think it asks some explanations. Let's start from beginning. After running half-marathon in VIlnius Maratonas 2012 my mind was it strange mode. Than I find out what this weeks theme is. And used it as an excuse to watch/listen few hours of Terence McKenna videos about psychedelic trips...

I am a little bit disappointed with my progress. But it is a progress nevertheless.

I've almost finished my climbing-moving gameplay. So I need enemies and than in theory it could be called it a game.

And I need to make visual look more "trippy"...

Finally, there is enemies. Still it is getting stupid. I am finding joy in coding game that is not fun...

I need to:
- Add more enemies
- Add some subtle animation
- Begin/End
- Tweak a lot of stuff until it is fun

By the way, I am using pymunk just for collision detection and pymunk.vec2d.Vec2d class because it rocks. I like this my idea, because it works even if You change position by hands and not with gravity or `add_force` or `add_impulse`.

I am proud of myself because I've managed to force myself to finish this game. It was hard because I did not like my game until last few hours. 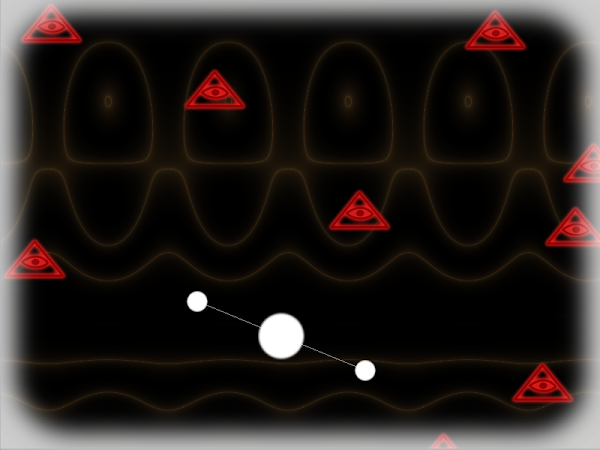