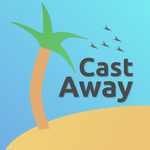 # Who are we?
We're *ClicksMinutePer*, a small team of developers making cool stuff (we think it's cool ok) on the internet. Our main pastimes are playing around with discord bots and tearing our hair out at the  ~̶d̶e̶b̶u̶g̶g̶e̶r̶~̶  print statements trying to diagnose the issue.
# Why does your URL say DragDev?
We renamed our team
# What are our ideas for the competition?
Our ideas are what they always are: bad. In all seriousness though, we will probably end up making a discord bot- that's what we know how to do best. Unless the theme turns out to be something like "first person shooter". We find that first person shooters generally don't work the best on discord.
# Will you be editing this page throughout the competition?
If I feel like it.
# How do I play your game?
You can get a copy from the files down below and follow the instructions in the readme to get it set up. Once you’ve got it running, you can run the `tutorial` command to have an explanation of how to play. Alternatively, you can join our game in our copy in our [discord server](https://discord.gg/bPaNnxe), however this will still receive updates after the competition.
# Can I join?
No
# How can we contact you?
At the moment the best way is probably through our [discord server](https://discord.gg/bPaNnxe), or in our discord DMs at *Minion3665#6456*, *TheCodedProf#2583* or *PineappleFan#9955*. If you need a slower response we also have email (*minion@clicksminuteper.net*). If you want to never get answered, we'd suggest our github issue trackers.
# Who did what to contribute?
Minion3665 : Team organiser, Developer
TheCodedProf : Developer
PineappleFan : Developer
TheFroggie : Writer

> Thanks for looking at our page, and may the best team win, and may we come second!
> Good luck 🎉


75% respondents marked the game as not working.
0% of respondents wished to disqualify the entry.
Respondents: 2

PineappleFan was a developer on our team in PyWeek 30, as he's helped myself and TheCodedProf make discord bots in the past. We invited him on both for his development skills and the motivation he helps to provide (by constantly saying 'are we *actually* going to work on it' and 'what do we still need to do?').
A week really isn't a long time. It always feels so much shorter with things you enjoy.
PyWeek was no exception, with time constantly running out - especially with a pretty large project like Castaway.

The goal of the bot was an idle game over Discord, while working with other server members to escape your island.
That idea is exactly what we managed to make in the end, with randomly generated islands for your server to explore.
Time constraints obviously played a big part in the final product, but overall it was what we wanted.

The project was enjoyable, especially having to make working projects in very little time, and working as a team with code that works with each others' .
One of the biggest mistakes we made was leaving the whole project to the latter half of the week, which meant most of the core functionality was rushed.

TheFroggie was in our team as a documentation manager. We originally invited him for art and documentation, but ended up only needing one and not the other.
Here's his diary entry on PyWeek:
PyWeek 30 was quite interesting. We made a game around the theme "CastAway" where, ClickMinutePer, made a Discord idle bot where you are stranded on an island and you need to survive and craft some sort of transport to flee the randomly generated piece of land.
In this project I took part in writing command descriptions, help messages and the creation of the README file. I quite liked doing this pyWeek has even if i couldn't program anything, i was able to learn a bit from what they wrote, like for example that enum wasn't a coroutine.
See you next time when we go back to our development team and see what a certain pineapple contributed to the project.

Hi! I'm Minion3665, and I participated in PyWeek 30 in the team ClicksMinutePer. And I've just realized we never used the diary...
Let's do that now.
I've asked each team member to write a short paragraph about their experience in PyWeek, specifically likes, dislikes and stuff they learned. I'll be putting each in its own individual entry as they come in. Here goes...
I'm Minion3665 and I formed this PyWeek team. Over the week I worked on making the bot actually run, and adding functionality. I was one of the people in the (inevitable) final day rush where I stayed up till midnight hoping to fix as many bugs as possible (and also add a bit of core functionality that we'd missed... oops!). Over PyWeek I enjoyed the team aspect, as much of my coding is normally done solo, so it was good to have someone else to say '*hey coded, jump to my cursor and help me real quick...*' to. I don't suspect my team will win -- we won't even come close -- but I think that even so we've succeeded in our goal to make a finished game in 7 days (despite having to change a little partway through as we realized that we'd spent way too much time on world generation).
Bye for now, good luck, may the best team win (and may we come second).