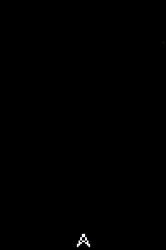 Wow! It's a little ship! And it moves!

A Pyweek 2 entry by Frem

It's a little space ship! Made out of pixels! And, um. It runs on steam?


1% of respondents wished to disqualify the entry.
Respondents: 31

Just adding a little link to my "official" PixelShip wesite. Any improved versions I make will be uploaded there. Like the one that fixes that annoying movement jamming bug.

And with those historic words, Frem uploaded his first complete Python game. With about 16 hours to spare. Yay.

Note that this is marked as the final build, but I'll (try to) fix any bugs that pop up until the deadline.

Things are looking up!

I got rather discouraged and almost quit today, but Treeform gave me a bit of help and support. Aside from horrid code and lack of lots of classes, I'm not as far away from being done as I thought.

End of (my) second day

Most everything still dosen't work.

Progress has been made

So, I now have a few sounds, some sprites, and a very basic game-type thing that lets you move a little spaceship around. (Thanks for the help, RoeBros!)

Right now I'm thinking the game will go something like this:

It's the typical 10 bazillion little alien ships vs. you type game. There's bullets all over the place, and they dive bomb you and stuff. Now, the twist: your spaceship runs on steam, so you start out with a full tank of steam. As the game progresses, you run out of steam and thus move and fire more slowly.
To replentish your steam, you must blow up an enemy that drops it as a powerup. The higher up on the screen you hit the alien, the more steam will be in the powerup (These alien ships run on steam, too, you see.)
Your goal is to survive as long as possible without getting blown up or running out of steam.

That's the plan, anyway. We'll see how far I get on it.

I know, I'm late getting going. And I don't know much Python or PyGame.
But I will enter! And produce a game! As soon as I can get that little ship sprite to appear... :-/