Final - "thoughts before the end of pyweek 30"

In the beginning of this contest I was going for a game which mainly focused on a storyline but... (Turns out I'm not good at writing stories)

Then when I was playing on a minecraft skyblock server, I decided to make a sandbox survival game, where the main goal of the protagonist is to get rescued. And of course, you can build your raft just like any sandbox games.

Because the controls are pretty complicated, I made the hunger and thirst bar go down reaaaaaally slowly.

This is the 6th pyweek I've participated in and it had been an awesome week.

Thank you very much for playing the game!

(The reason why the limbs are detached is that... it's easier to draw xD)

Some stuffs that I didn't manage to finish:

You can technically building an infinitely large raft, since planks are renewable.

And here is a pic of my raft! 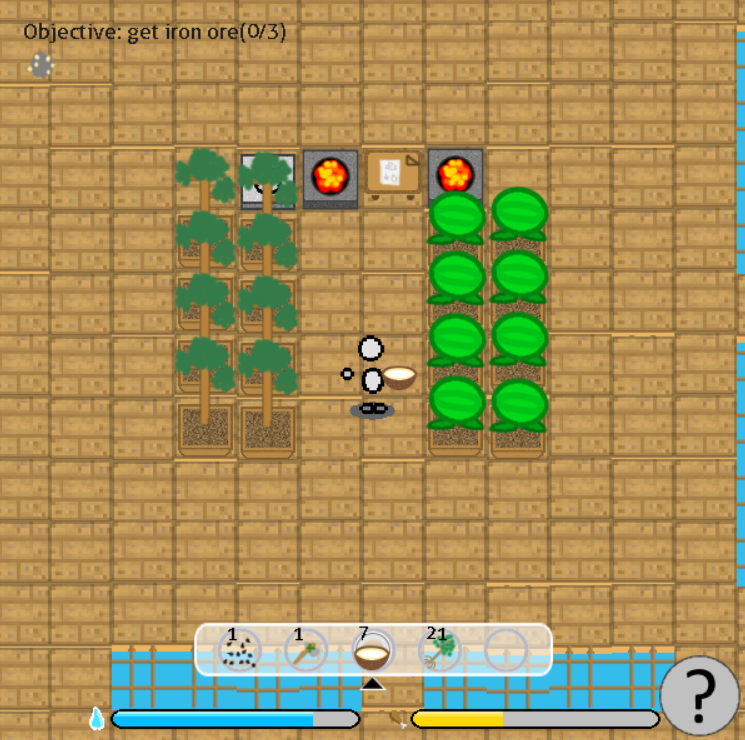