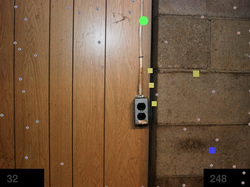 
0% of respondents wished to disqualify the entry.
Respondents: 49

What are your must try games have you found? With 50-ish entries it'd be nice to have a list of games that are definitely worth trying. Please don't get angry if your game isn't here.

simple guidlines: One game per person, no repeats, not yours.

Mine: 2 pint's of Zinglon's Ale

Any comments on my game?

I realized from the last comment that I hadn't made a recent post for people to reply to if they liked my game.

Couple of things: Green powerups give you health and you can only have so much health. Sorry for the low contrast on the last level and the big difficulty game between it and the level prior. Score is only shown on the infinite mode. My highest score on that is just under 300 right now. The readme has some other information you might find useful.I'll edit in anything else I think of.

Central source for bugs and fixes

Many of the games seem to have minor running issues that are easily fixed. So I decided to throw up a wiki page again this pyweek for anyone to edit. The idea, hopefully, is that people can go there, find a specific game and see links to any posts hear regarding any problems or fixes. That and be able to try the list of working games firstto avoid any hassel.

I'll be updating it some tomorrow but feel free to move stuff around and add any links or md5 games not yet added..

READ THIS TO UPLOAD

Read the help page to make an md5 hash. The last 2 hours are md5 hash ONLY.

Then go to http://pyweek.org/e/yourEntryNameHere/upload/
and submit the hash.

Click the link for the full version. These are my evil robots. I might use a mix of pixel art and block art but I wanted to test out the sprites and all it took was adding two lines and stealing/modifying a function from the chimp tutorial.

I'm tempted to just throw in 10 other types of powerups and call it a game but I have a feeling I should try for something grander.

EDIT: I'm not very good with musagi so if anyone would like to donate some music for my game I might use it.

I blame the theme. Well, not really. I've switched plans twice so far. Who else has changed plans?

Think the theme is too easy? Take the eugman challenge. (2 mored added)

Ok, here's the deal: it's not that hard to think of an idea with robots in it so I've made a list of strange restraints to add some more challenge. Try to meet as many as you can but it's unreasonable to attempt them all. If enough people give it a try I might offer some sort of reward to the winner. The only thing I can think of right now is some free hosting.

Well theres been a few things i've been thinking about and they all seem to be issues of compromise.

Firstly, there seem to be a bunch of people either for or against robot/jig. The issue is that they seem to represent the wide ends of a certain spectrum.

Anyone could implement a robot game. Anyone. You could do a remake of robotfindskitten and it would count. So robot as a theme would lead to a bunch of well implemented varied games. The problem is they would be too varied and easy to make; the theme wouldn't actually act as any sort of creative constraint. No one is likely to go, "Wow, what a creative use of theme. I guess the proletariat are robots in a sense." It's gonna be lame.

At the other end you have jig which people are saying is this pyweeks twisted. It's just too hard to implement. It'll take some cleverness to implement but really there will just be games about irish dance, fishing and carpentry. Well, a few people will do something really neat but that's not enough reason to so painfully limit the whole contest. It's too narrowing. It's gonna be lame.

What's need is a theme which forces difficulty in implementation but the easiest way out has multiple possibilities so that way not everyone will default to the same thing.


Secondly, There's a compromise between coding ease and tester ease. I've decided I'm not going to make an exe. Everyone will have pygame installed and really I don't think anyone is wishing that much to be able to test on other computers. If I was using any other library I'd try to make an exe but in this case I just don't think it's worth the effort. A plain exe is never hard but I usually try to get an icon attached and make it so all the floating dlls are in a zip. that takes a while to figure out.


Finally, I am still trying to figue this one out: Quality vs innovation. I can't have both. Innovating means I try something I haven't done before. Like a online fighter game. With blocks. While I'm spending my limited pyweek time coding something that gives quickly diminishing returns i could be coding content, quality, and extra options.

I really want 5th place this time and I think I can do it. Unfortunately, that means not trying to make any sort of physics harder that I would for a shmup. It means not trying to do an rpg with no text.And for some reason I still feel like I'm obligated to try something crazy to see and show what's possible within the medium and the timeframe.

Hello all, I felt like just dumping my brain onto the intertubes in one colossal post. It actually got so big that I'm going to have to split it into parts.

Some of you may not know me. That's unfortunate. But seriously, I've managed to participate in 3 of the 5 pyweeks and have developed a silly graphical style.

It started with my first entry. I was new to python, new to pygame, new to everything really. I figured I didn't need graphics or fonts or sounds. I needed a game. This is what I made:

Sweet right? I did decently for what it was despite having barely any levels because of some coding issues. And even though just the game skeleton was there, flying around was a ton of fun. I had named the general entry awesome block game because ti was an awesome block game.

Well, the next pyweek I missed I think. So after that one I was able to compete again. I liked the minimalist look of my previous game so I decided to follow with it. I got better physics, a menu and some more complex graphics. All still using pygame.draw. (I cheated with the story page; antialised text crashed the game, so I just made a text filled sprite.)

People didn't like it. It was nicer but there were issues. It was hard, counterintuitive, weird, and one dimensional. Oh well. Same protagonist, worse game at it's core(with a shiny candy coating). I tried right?

Third time is the charm or so the cliche says. The theme was twisted and I was tired of coding collision response. So, I made a shmup and expermented with having the stage twist(rotate really, leave me alone.) one of my first things had it so instead of just rotating the viewpoint that all the enemies would rotate but keep their absolute trajectory. It was a strange vortex of death.

I decided to go with a stable level that rotated in reference to the viewpoint with relative controls. This game the game it's uniqueness and challenge. Some people hated, some people loved it, some one beat it. I haven't beaten it, the fourth level is that hard.

There are only four levels and no more are needed. The first level just has a slowly growing swarm of dumb bots which give the player a chance to get adjusted to the game. The levels grow hard and harder with the last one ending with replicators, they fill the whole screen and move in all 4 directions. It's crazy.

I got 7th place and was rather happy. I felt I had made a polished game that was some decent fun.

Well you do something three times, it becomes a tradition so I'm doing it again this pyweek.I wanted to upgrade the graphics with opengl but keep the same style. Unfortunately I've had some installing issues. even if I did get it to work, I can't learn opengl in its entirety from a cold start.

Int the meantime you guys can play ABG REMIX! It was something I was working on a few months ago. Basically, I wanted to redo the code for my first pyweek game to make it nicer and easier to edit. So that means no scrolling or parallax. I also wanted one menu I could launch all of my games from.

Give it a shot and if someone beats all of the few levels and wants more, I'll make at least 8 more before pyweek starts. It's hard to get motivated for these things when you have no idea if anyone will play them. I could probably make it really good but there always seems to be something better to be doing.

Well I didn't get the stuff up.

Well, I didn't post up as much as I thought I would but here is a little piece of code I'm going to put into the public domain.

I think I'll try to make a tutorial or two before pyweek starts for at least my own benefit. Maybe someone will find them useful but I don't use graphics so maybe not.

Last pyweek I threw up a wiki quite quickly to have a publicly editable page for bug fixes so more entries could get tested. I don't see any reason not to do the same this pyweek. Also feel free to make pages and put up anything relevant such as your personal setup.py files. Maybe we could even get one collaborativelly made that works with skellington.