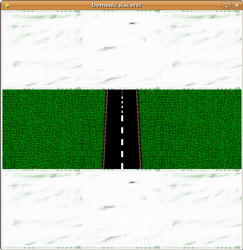 Hey it's Sid the Grasshopper!

A Pyweek 5 entry by Hey it's Sid the Grasshopper! (john, Rhodri)

This entry is brought to you by he who made gunboy in last pyweek and by http://www.jonespenarth.me.uk/~pyweek/stg/stg

My second pyweek, and I'm back, better than ever!

Free music for use in pyweek on my website.

Would I be aloud to use PHP for my game...just to help with the networking mysql etc.

PHP would make my life easier, but, I managed without it last time, so I would probably manage again.

I've been working away with bash to create this file that, when run will prompt you whether you would like to continue or not, if you say c then it will ask you for the name of the game you wish to run, it will go into the game folder, and run run_game.py, then it will cycle again.

Richard this would make things easier for people if the name of the folder was only 1 word.

You need to put all the game folders into a folder called pyweek.

You can download it here
Copy it into a text file and make it executable.

I just noticed today that Barbie SeaHorse Adventures made it on to the Linux Format cover disk, well done TOBA!

Do we need to licence our game under a specific licence? If not could I licence my game under GPL 3?

What on earth has happened to the pyweek front page? It looks like the style has been corrupted or something. I tried reloading but nothing changes.

I've finally set up the website, which can be accessed from my homepage.

The game starts of as a racing tournament, with a twist in it...after race 6, a demon called 'twisted evil' came down and shoved the tournament into another dimension.

Ok, so now I'm ready totally for pyweek, but aargh! I have school. So lets just hope there isn't to much homework. :) Be back at 3:30 GMT

I have really fallen behind the pyweek because of school (cuts of about 9 hours of my day, leaving me with 3/4 hours a day to code my game.
But do not fear, for I am about to rethink some of my ideas, and I will succeed in finishing my game as the great deadline breaks overhead!

I have suffered defeat, I was the first to sign up to...goes and sobs.

But I will be back!

If I were to upload my game after judging, would my game appear on entry listing again or not?

Would there be much point in uploading the finished game a month after the deadline or not?