Thank you for the feedback and awards given to our entry. I hope you guys enjoyed it! I was surprised at the number of positive replies we got. The awards, were a bit concerning but I thought it was pretty funny. Also, this is our first Pyweek and I actually have close to 0 experience with programming. But throughout this competition, even though we did not get the top 3 for any of the categories, I think I still got a lot out of this. Not only did I figure out to use Github with Kyler and more about the world of the cool chameleons overall, I also learned that I am the master spaghetti coder. Thank you Kyler for organizing my junk code!

Now I will Reply to all the feedback for fun :)

Just a little strange for me. I don't get it. I just hid in a corner during the game and then you

There was a help page. It is in the menu page. I think if you read it, the game will make more sense.

ha ha, I won the game just hitting all the rock keys randomly!!!

Yeah, I am not advanced enough to make it more complicated. I hope you had fun though!

Very silly game story. That was entertaining. You guys obviously put a lot of care into this,

made it comical, and your labor shows. This was a fine first pyweek. Congrats.

Great voice acting and art. The game was very hard though. You need three hands.

:) Kyler kept telling me that the game was too hard

Pretty sure that some of it was intended to be "abstract". Not much gameplay interested me. But

Nice graphics, speech effects and a story which makes curious about what happens next. I still

don't know whether one can really win the game. I gets really fast at the end.

It is completely possible to win the game. I asked a random kid I know to play it and he beat it on his second try. If you still have trouble beating it, you can cheat by looking at the code. I think that will make it pretty clear on how to beat the game easily.

Fun had. I liked the voice overs, cool art and zany, confusing story. I beat the boss by mashing

the a/d/c/b/h/o with six fingers as fast as I could. I enjoyed my apple green onion sandwich :)

It was fun! First time I play I skipped intro and don't know that rocks can be killed. I think it is

impossible to win. Second time I read intro and try to kill rocks. I think it is impossible to

win. Rocks flying too fast. Third time I just launched the game because I want to listen its

music and look at its pictures. May be I missed something. Fourth time I play the game after a

little code diving. I win! It is one of funniest games in this PyWeek!

Thank You! Sorry if we made the game too hard though...

An impossible game, until you figure out spamming the keys works, then it's too easy. Weird but

I ended up just mashing keys in order to win. I can't imagine pressing them reflexively as

intended. I don't find memes amusing so the story and graphics really aren't for me.

The meme was just surface level stuff that Kyler wanted to add on. I hope you enjoyed the music then!

(which the artwork reminded me of the most), the use of outdated trends and the poor concept did

not connect with me.

It's ok. It's normal to feel really bad when you see a dead overused meme show up in something. And was not meant to ironic or purposely bad. Just wanted to clear things up. (Why did the snake cover himself with butter and salt?? Because he was a popCORN snake!)

Congratulations to everyone who finished this project on time! It is a very challenging challenge and involves real deal good time management which I do not really have for some reason. Need to learn how to program over the summer... And again, Thank You everyone for giving us feedback! I really felt happy when I read the positive comments especially after 2 weeks of waiting. Thank Thank Thank

Here is a picture I drew do conclude this entry. 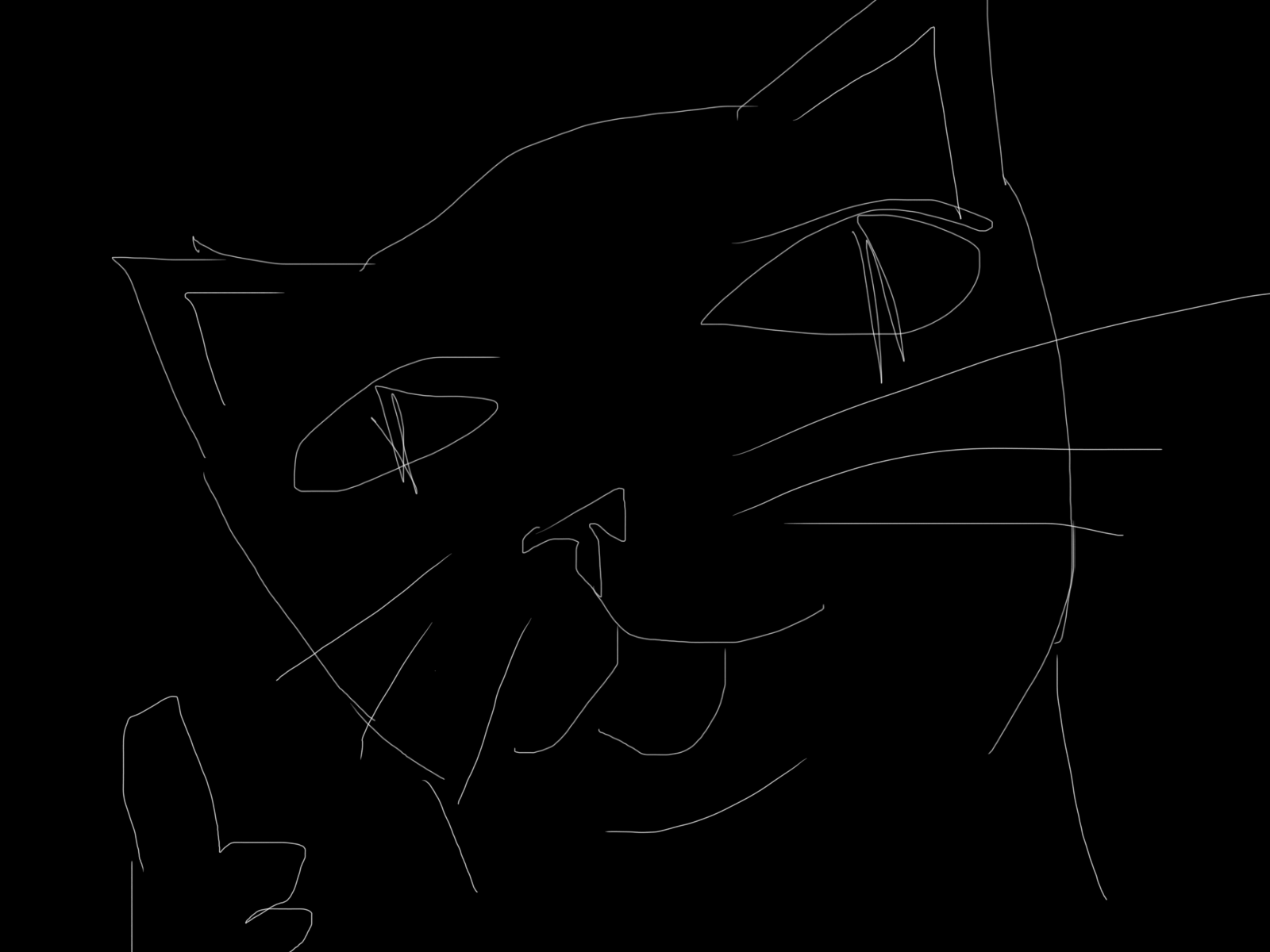 I SEE YOU. THE GANG. SPOOK? Next pyweek I will be going solo. See you guys next pyweek...

Thanks for a fun game!