In our game you play as a robot who has been cast away, and you need to find a way back, having some adventures and solving some puzzles along the way.
Our game is targeted at young kids, emphasizing fun systems that they can play with, and a little bit of challenge too, but nothing punishing.
We provide two downloadables:

The No Goats Were Harmed By Lasers Award
Presented by tizilogic 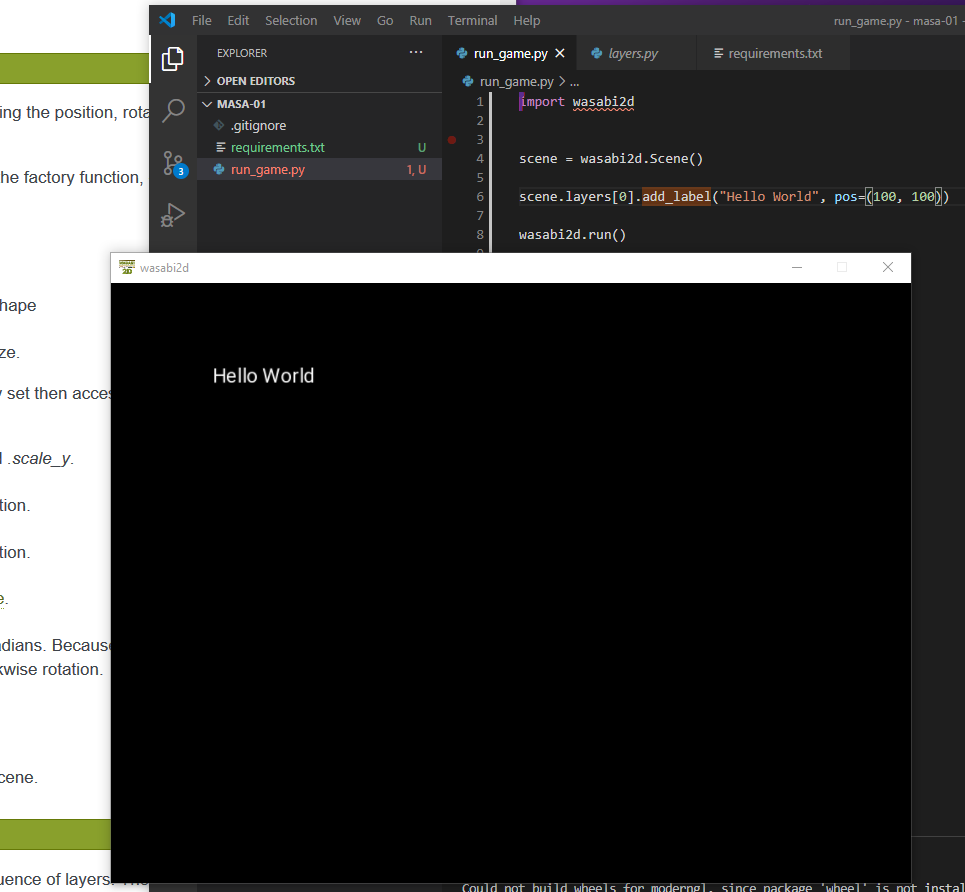 We've got the solid foundation for the game built (on top of arcade and esper) and have some fun things to do in the game already. We're working on the broader gameplay now, and working on getting the art assets working for us. Tying it back to the theme of the challenge is going to be a challenge :) We know how it does relate, but the lack of real artistic talent is making it difficult for us!

Getting super close to uploading a final-worthy version of the game! 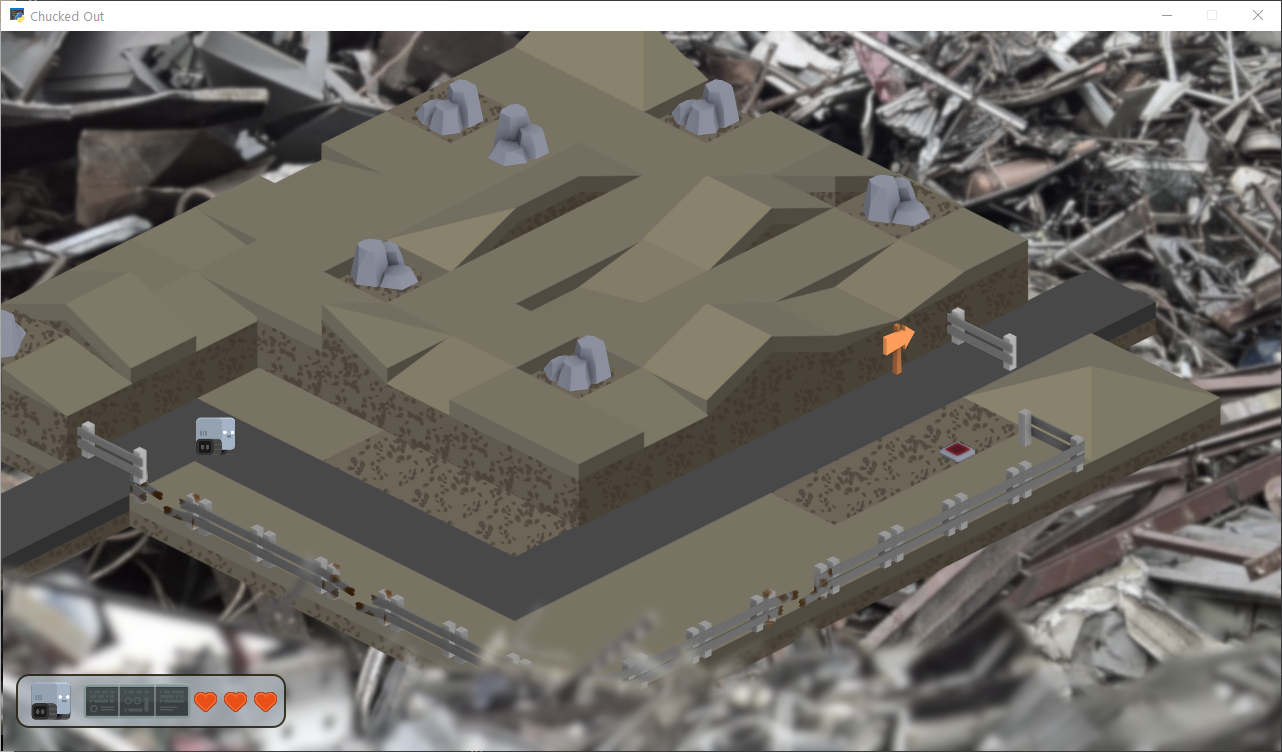 So the week is up and I'm feeling pretty spent.

How's do I feel? What have we learnt?

I really enjoyed working in game development in a group setting.  My previous attempts have been solo, the difference to morale and motivation is astounding, also having other people around to help with unblocking, rubber ducking and idea bouncing is massive for high productivity low frustration.

I terms of the product itself, I'm pretty satisfied.  It's no AAA title, but I think it looks kind of cute, it's relatively smooth and has a beginning middle and end.

The team was very heavily weighted towards system builders over game designers, so it ended up far more an exploration of Entity Component System architecture than a player experience.  I feel like if we had a keen content developer they could put together quite a lot within the framework we have developed, however that's largely beyond my ken.

I don't think I would go back and change any of our decisions on this project, however I still like to mull over them.

1 - Tiled, map editing software and file formats.  This was a big win IMO.  It helped set out our constraints and made planning levels pretty visual/creative.

2 - 2d isometric. This is probably the closest thing to a mistake I would say.  I pushed hard for it because I have hard nostalgia for isometric, and I am scared of 3d.  In hindsight sight, while it did achieve the visual gratification I craved, it gave us more constraints and brought up more problems than it avoided, which was a time sink.  In future I would say if you are going isometric, try to go 3D with forced projection.

3 - ECS. Ultimately I'm very happy to have learner a lot with ECS and will use it again.  In this case I feel like it didn't give us the ROI because our game was really too simple for it.  Having said that, it felt like if we wanted to spend another week adding content, it would have been very cheap dev wise

4 - game & level design.  This exercise was never about game design to me. It was about programming and learning.  I feel like the whole area of game and level design is still quite opaque to me.  Beyond very simple training puzzles I have very little clue how to build a scenario that is a fun/rewarding experience for the player.  That's probably beyond the scope of a week though

Anyhow, enough rambling, time to go and have a look at the other entries. I hope you all had as much fun as I did, and thank you all for not voting goats